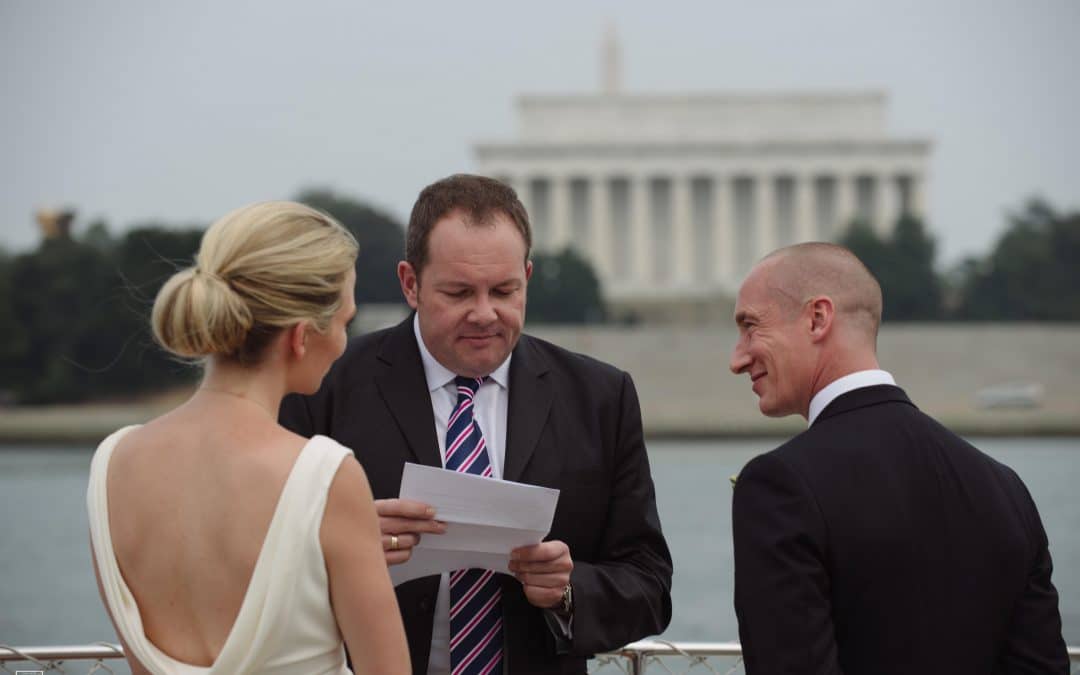 Some believe that laughter is the language of love and that the person who can always bring a smile to your face is the one with whom you should spend your life. If so, then Nina and Perry are definitely made for each other. Their time together is punctuated by frequent private jokes that bring them to giggles that then dissolve into loving kisses. Their love is so infectious that it never fails to make those around them smile.

Nina is originally from Berlin, but has lived throughout Asia as a U.S. Foreign Service Officer. During her most recent positing in Hong Kong, she met a charming English stockbroker who swept her off her feet. After she agreed to finally go on a date with him Perry’s dry British wit got her smiling at life’s follies and hasn’t stopped since.

We met them at the Georgetown Waterfront and took their engagement pictures. The setting sun and a fortuitously placed salsa class provided perfect backdrops for the shots. And just one week later, we had the honor of joining them on a Potomac River cruise, where they had a lovely wedding ceremony surrounded by friends and family from Hong Kong, Germany and England to celebrate their special day. With the Lincoln Memorial watching in the background, Nina’s dad walked her “down the aisle” (in reality, a lap around the top of the boat) to Perry, and the couple exchanged their vows.

The highlight of the day, however, was the final toast that Nina and Perry shared by themselves. It was there, when they could finally focus only on each other, and their love.

Congratulations Nina and Perry! We were so honored to document both your engagement and wedding and wish you a lifetime of happiness!

And because there two sessions were done so close to one another, here are pictures from both.